$435,000 Grant Awarded to the Resource Conservation District of Santa Cruz County for Coho and Steelhead Recovery 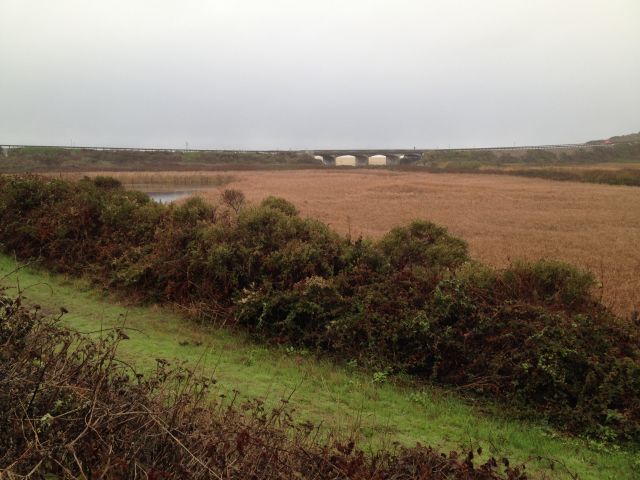 The Resource Conservation District of Santa Cruz County (RCD) today received a $435,000 grant from the Wildlife Conservation Board to support restoration of the Scotts Creek lagoon and marsh ecosystem. This grant is one of three awarded today for salmonid recovery projects in Santa Cruz County – the County and City of Santa Cruz each were awarded funds from the WCB for separate projects in the San Lorenzo River Watershed.

Scotts Creek is a coastal stream in northern Santa Cruz County, which according to the 2012 National Marine Fisheries Service’s Coho Recovery Plan, is regarded as the most important stream for supporting a sustained run of coho and regional recovery. Scotts Creek, its marshplain and lagoon have been significantly impacted and functionally degraded by historic activities, most notably construction of Highway 1. Over the past 10 years, successful restoration projects upstream done in partnership with Cal Poly / Swanton Pacific Ranch have greatly improved spawning habitat. This effort will compliment those projects by focusing on the lagoon and estuary system at Scott Creek.

This project is a collaborative effort between the RCD, the Coastal Conservancy, Caltrans, the Regional Transportation Commission, the County and CalPoly / Swanton Pacific Ranch with oversight from a technical advisory committee of the Integrated Watershed Restoration Program. A set of decision support tools and ecological models will be developed and used to prepare engineering designs for the restoration of the lagoon and marsh, which Caltrans will use to inform the design for a replacement bridge.

When implemented, the ecological restoration along with the bridge replacement will result in a hydrologically functioning lagoon and marsh complex with a 21st century transportation corridor, both of which are designed for a changing climate and designed to be multi-beneficial.

Established in 1942, the RCD is a locally-governed special district with the mission of helping people protect, steward and restore natural resources. Originally tasked with helping farmers reduce erosion, the RCD has evolved alongside a changing community and now acts as a hub for land stewardship working with private and public landowners.